Magic squares are learning games which are arrangements of numbers in a way that their sum in any direction adds up to the same number - the magic number. This is a learning game.

As a student of Math I very often came across this puzzle and it never occurred to me to use it as a learning game. The task is to arrange a given set of numbers in such a way that their sum in any direction is the same. This sum is called the magic number. This is a learning game to understand the relationships between numbers

Here we will be examining two such puzzles. We will look at how to put together such puzzles

1. This puzzle or learning game uses a 3x3 matrix like the one given in the figure below. 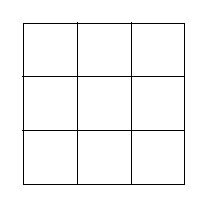 2. The puzzle or learning game is to distribute the sequence of any 9 natural consecutive numbers in the 9 cells of the 3x3 matrix. The distribution is done in such a way that the sum in any direction is the same magic number.

4. To get the numbers in the central row, i.e. to the right and the left of 6, add 2 to 6 and subtract 2 from 6 respectively. The result is represented in the picture. 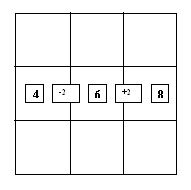 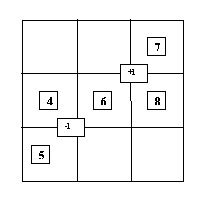 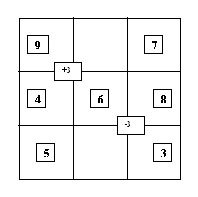 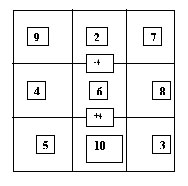 8. Now that you have all the numbers distributed in the 3x3 matrix, check whether the numbers in any direction add up to 18. 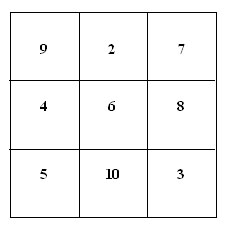 9. It works! You can check this with other magic numbers (other multiples of three)

10. Play this puzzle with friends or students. For instance for the magic number of 18, draw a 3x3 matrix. Ask your friends to arrange the numbers from 2 - 10 in the 9 cells of the matrix to get the sum of 18 in any direction.

1. This magic square uses a 4x4 matrix with 16 cells. The puzzle is to arrange any 16 consequent natural numbers in the cells of the 4x4 matrix so that the sum in any direction is the same. 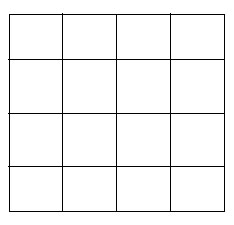 3. First arrange the sixteen numbers from 2-17 in order as shown in the figure. 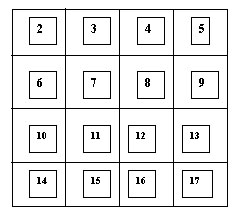 4. Now swap the numbers enclosed in the same symbol, as shown in the two figures below. 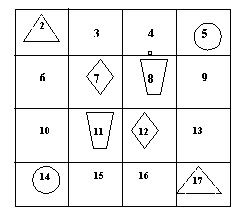 5. Once the numbers have been swapped, check the sum of the numbers in any direction. The magic square works again!

6. Construct other such magic squares and pose the puzzle to your friends.

Fill in the form below and subscribe to the free learning game e-zine.