DIY Projects, I discovered are another great way to learn and have fun.

I was asked to conduct a teachers' workshop on Scientific Approach at a school for a group of 20 teachers. As I started to toy around with the idea and browsing the Internet, I came across some videos on bread-making with commercial yeast. That was my first DIY project.

It was a failure. I did not prove the yeast correctly. The sticky dough had me worried and I added more flour to the dough to 'set it right'. Ultimately what came out of the oven was too salty and rock-hard.

The concept of bread-making however, was too exciting to let the failure dissuade me. As I explored the Internet further, I discovered videos of baking bread without commercial yeast. The concept of the sourdough starter to bake artisan bread was very fascinating. That became my second DIY. 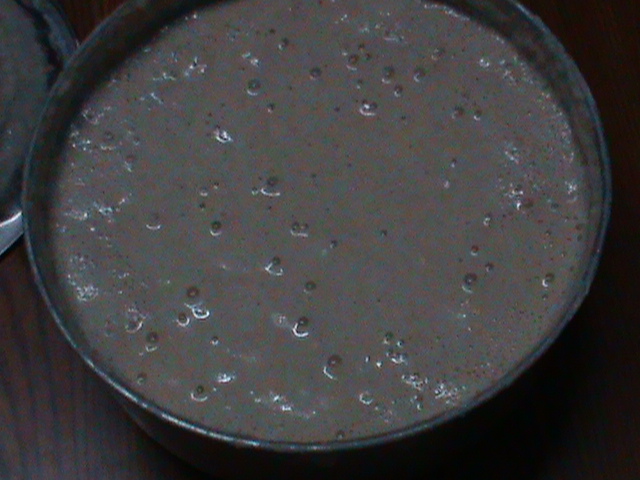 Look for each of the DIYs on their specific pages

As I continued to explore the WWW, I discovered another interesting DIY - making a wood-fired oven. The possibilities were several. I could either make one of the many variations of clay-ovens or a portable one.

I decided to test out the portable one. I thought - 'if this works well, then my next DIY would be a clay one.' It was exciting to set out on this DIY. Here are some pictures of my dry-fit portable oven.

The inspiration for this came from Stu Silverstein's book and fantastic, inspiring and information packed blog - Breadhunter's Blog 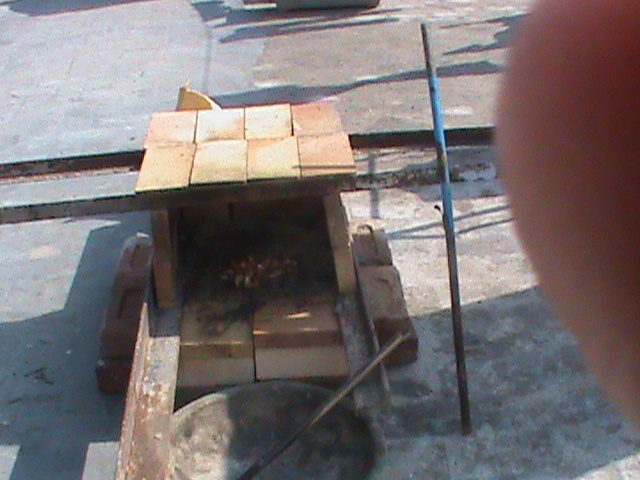 The picture above shows a dry-fit oven. It has no mortar. It was stabilized by angle and T-irons. Below the fire-brick layer is a layer of insulating bricks and below that is a layer of normal red-bricks.

In front of the oven opening is an iron pan to keep the oven warm and collect the hot coals. The rod leaning against the angle iron is a blow pipe and a stoker.

I baked some really

delicious cheese and tomato pizzas in this dry-fit oven.

My next DIY is a clay oven and then to bake a sourdough bread in it. Will let you know what happens.